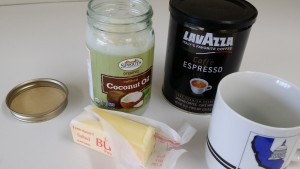 Drinking coffee is associated with a slightly reduced risk for skin cancer, a new study has found.

Researchers used health and dietary data on 447,357 non-Hispanic whites ages 50 to 71 who were cancer free at the start of the study and followed them for an average of 10 years. Over the course of the study, the researchers identified 2,904 cases of melanoma, the most serious kind of skin cancer.

The more coffee consumed, the lower the risk. Drinking four or more cups of coffee was associated with a 20 percent risk reduction compared with those who drank none. The association did not hold for decaffeinated coffee or for melanoma in situ, melanoma in its earliest stages that affects only the top layer of skin.

While the results may be encouraging for coffee drinkers, “they do not indicate that anyone should change their coffee drinking preferences,” said the lead author, Erikka Loftfield, a graduate student at the Yale School of Public Health. “The most important thing a person can do to reduce risk is to reduce sun and ultraviolet light exposure.”

The study, in the Journal of the National Cancer Institute, controlled for age, sex, education, smoking, physical activity, alcohol consumption and other health, behavioral and genetic factors, but the authors acknowledge that other unknown variables might help explain the association.

Want to join the discussion?
Feel free to contribute!

Salt May Not Affect Heart Risks
Scroll to top